we will meet you and transfer to you chosen hotel.

In the afternoon we will pick you up from your hotel and we will start by visiting Cusco Cathedral which is one of the finest Colonial Cathedrals in the Latinamerica. Building has started in 1560 and was completed in 1664. More than 90 years of sacrifice and effort Situated on the Plaza de Armas, the Cathedral owes many treasures , history and mysteries.

Qoricancha from the Quechua word Qori Qancha meaning (‘Temple of the Sun’).

one of the most important temples of the Inca Empire, it was built to the Sun the father of the INCAS in the 17th century when Spanish arrived every temple was destroyed to the ground but QORICANCHA has survived and still stands to the eye of the world on the side of Qoricancha you will see a catholic church of Santo Domingo which covers all the Qoricancha construction.

Situated at 3.700 m of sea level a Quechua word ( Tampu machay ) the place where people can rest a short period of time . it could also be the bath of the Ñusta ( the Inca princess) it is also believed the sanctuary to the cult of water. Next stop will be Puka Pukara Quechua word (red fortress).

This is an Inca archaeological site it was a military and administrative site it was built to control, provide security and defend the Cusco city, as well as the control of the route to Calca that led to the sacred valley and Machu-picchu The route then goes to the carved rocks of the Temple of the Moon and through the maze of rocks and tunnels of the Temple of the Monkey before arriving at Qenqo. is believed to be a multifunctional religious site it was also a place of Andean worldview where nature and the space converges this is also astrological observatory commissioned by people specifically looking for the seasons the wise INKAS.

This archaeological site is unique here the carving of many animals can be seen in high relief they were considered secondary gods in the time of the Incas, and consists of rests formed by rocks with stairs in a zigzag, and a main building similar to a circular amphitheatre where 19 window sills are located as a way of seats. fortress of Sacsayhuaman. Scene of epic battles between Conquistadores and Incas, brave inka warriors protecting the citadel against the Spaniards, an ancient Inca story of Captain Cahuide he remained more than three days fighting and he had killed to one of the pizarro brothers, after having been alone and no one else around, Cahuide bravely threw himself from one of the towers to avoid being killed by the hands of the Spaniards. this cannot fail to impress.

While the high towers that once dominated the skyline were long since razed to the ground, the sheer scale of the zigzag stone walls is a sight to behold. Its construction took over seven decades and required the work of approximately 20,000 men.

The stone was dragged from 20 miles away and still today we are not quite sure how they moved the huge megaliths into place. Some of its external walls exceed 30 feet in height and the largest stone weighs over 350 tonnes.

From Sacsayhuaman we will head down to Cusco leaving you some time to wander these ancient streets, explore some more of the sites or just sit in a café on the Plaza de Armas and watch the world goes by

After your breakfast at the hotel you will be picked up by our guide and the bus driver.

It will be a good way to start aclimatizing as we ascent to aproximately 4300 meters sea level .first stop at the archaeological complex of Tambomachay from here we will get ready for our full day hiking tour to UCHUY QOSQO tambomachay it is located at (3,700 meters sea level ), where we will start our hike . this route offers a quiet and peaceful hiking .the main reason why you need to shoose to hike is that you dont need to carry your belongins because we have the LLAMAS AS TRANSPORTATION this is interesting becuase this allowes you to feel the fresh air and the panoramic view is magic we are bringin back the ancient civilization just to make you enjoy.

It is important to know that for the inka civilization the LLAMAS were used for transportation, in fact they have used for every activity they may have done.

During our tour we will see beautiful natural landscapes, some Andean communities and Qoricocha lagoon (which in Quechua means gold lagoon). Then we reach the community of Pumamarca (3,980 m), from here we can appreciate the Sacred Valley of the InKas.

We continue our trek upward to reach León Punku, in this place you can appreciate mysterious rock formations. And finally arrive at the archaeological complex of Huchuy Qosqo located 3,450 meters above sea level, it is in this place where we will camp.

Maras Salineras today we have an early start it is a long day first after we get ready we will hike up to the peaks we wont leave our llamas yet they will company us until we reach chinchero village from there we continue and finish the full day tour by bus . in here usually are fantastic views of the snow peaks of the Sacred Valley and perhaps even across to Salkantay one of the major mountains traditionally worshipped by the Inkas Situated at 12,300 feet this is home to one of the regions most authentic markets.

The local women proudly wear the traditional costumes of the area in a village known for its weaving. We then head to explore the nearby Inca archeological site before a four hour walk down through a river canyon to maras moray.

Consisting of a serie of terraces built in concentric circles, it is thought to have been designed for agricultural experiments. The terraces offer different amounts of sun and shade depending upon their level and orientation, thus giving a wide range of conditions in which to work out what plants could be grown where.

This information could then have been used to determine which crops would thrive at certain altitudes and aspects. We should have fantastic views all day long of the snow peaks across the Urubamba valley such aws Veronica, Pitusiray and Sawasiray.

From here we continue to the small colonial village of Maras where it seems time has stood still before then heading on down to the Salt Pans or Salineras as they are known locally.

Salt is still extracted by hand by families that have worked here for generations. It also makes for some beautiful photographs.

We then carry on down to the Urubamba River where our private vehicle will be waiting to take us to our hotel in the Sacred Valley.

Today we have an early start in order to catch the train to Machu Picchu.

You will be transferred from your hotel to the train station in Ollantaytambo, depending on the specific service. The vast majority of services depart from Ollantaytambo. This really is one of the classic train journeys of the world, offering unsurpassed scenic views and photographic opportunities. Once we arrived to Aguas Calientes there is a spectacular 20-minute bus journey from the railway station in Aguas Calientes up to the monumental and the unforgettable place in the world.

The name Machu Picchu quechua word Old Mountain and Huayna Picchu which means Young Mountain. Constructed by the Inca Pachacutec in the 15th Century, it was mysteriously abandoned 100 years later during time of the Spanish conquest. It is generally believed that it was never discovered by the Spanish and simply disappeared into the jungle, hidden from western eyes until it was discovered by Hiram Bingham in 1911. He arrived with the help of local people who knew of its existence, and indeed there was actually a family living and farming amongst the ruins.

You will enjoy a tour of Machu Picchu led by a qualified English speaking guide before having some free time to explore the site by yourselves. Your guide will lead you on a full exploration of the archeological site staircases, terraces, temples, palaces, towers, fountains and the famous sundial. Lovingly restored and fiercely protected Machu Picchu stands today as a testament to the skill and vision of the Inca builders. From simple dwellings through to elaborate astronomically aligned temples, your guide will give you an insight into this remarkable culture that once dominated most of South America land.

The site itself is vast and once your guide has shown you the highlights we suggest you take your time to wander and explore the quiet corners of this remarkable wonder of the world. In the afternoon, you will head back to Machu Picchu train station for the departure of your train. You will be met off the train and returned to your hotel in Cusco.

• Professional tourist guide (English or Spanish and assistant for groups larger than 9 people)
• transportation: Airport – Hotel – Airport
• The tour starts and ends in your hotel in Cusco
• Private transport to all sites
• Train tickets

• Entrance tickets to Machu Picchu
• all accommodations based in 3 star hotels
• meals (B= breakfast, L= lunch (box lunch), D= dinner). It does not include lunch of day 4.
• Vegetarian food is available without any extra cost

What is Not included:

What you should pack for this tour: 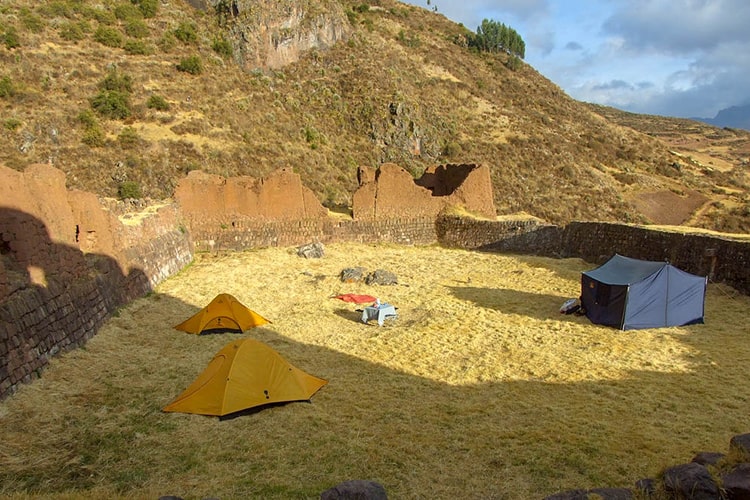 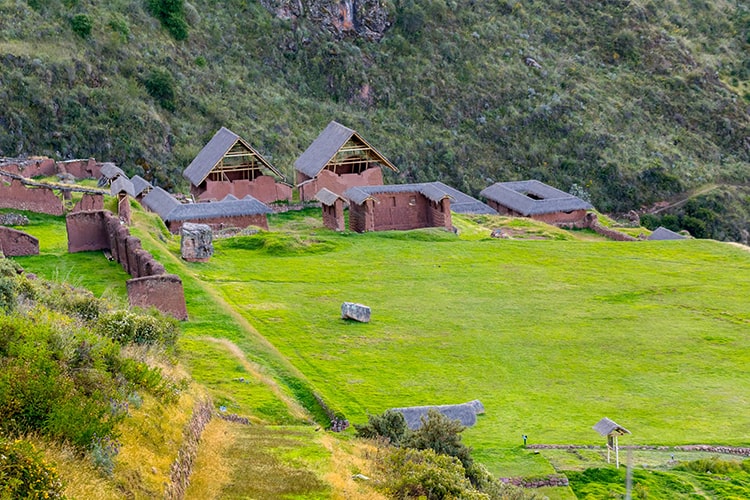 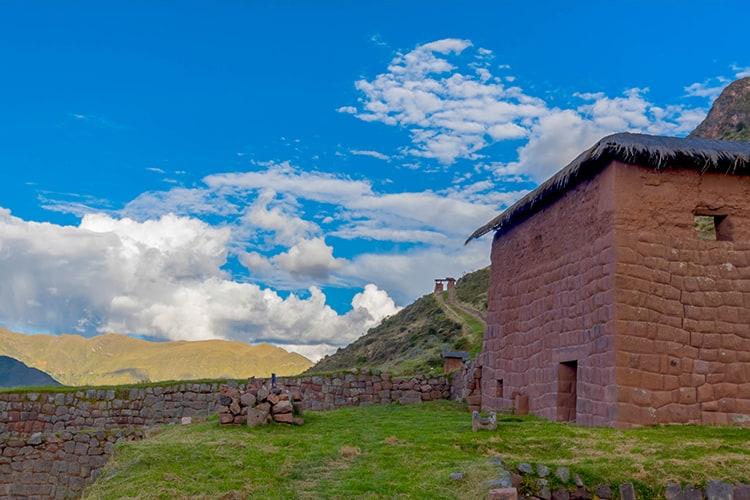 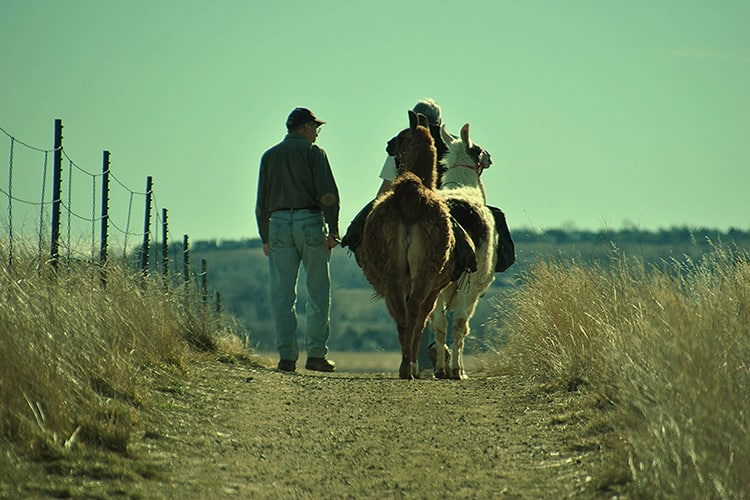 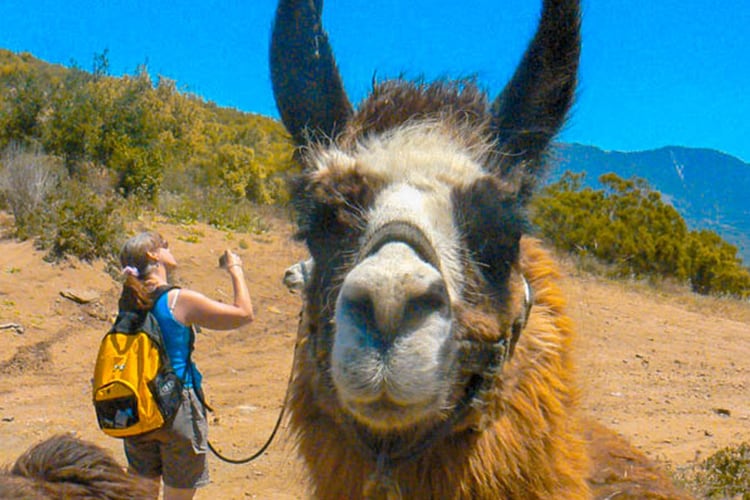 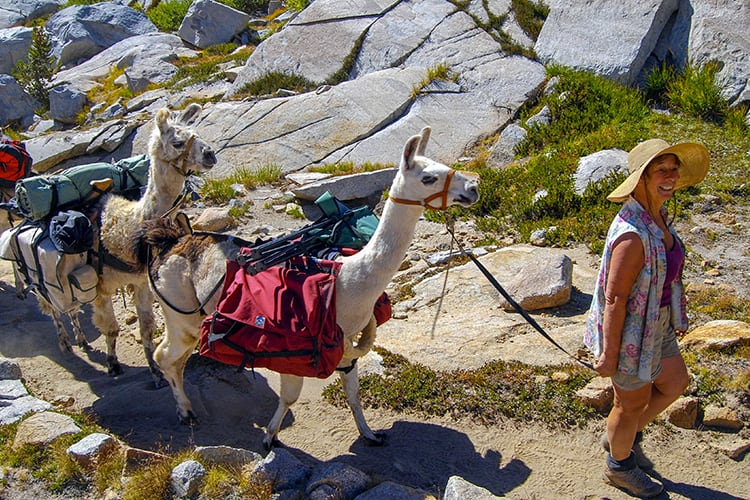 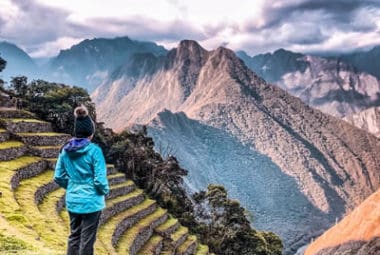 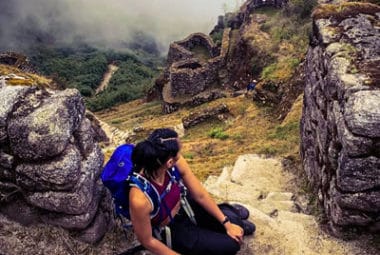 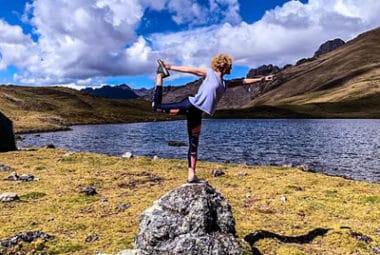 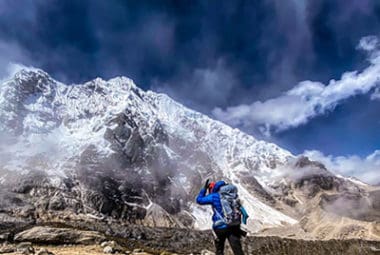 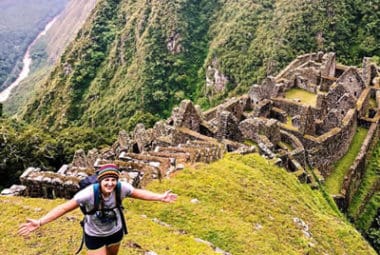 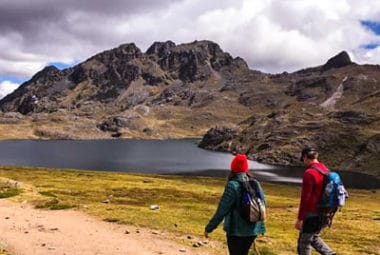 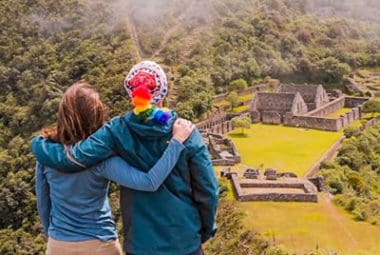 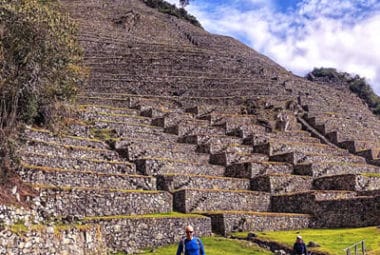